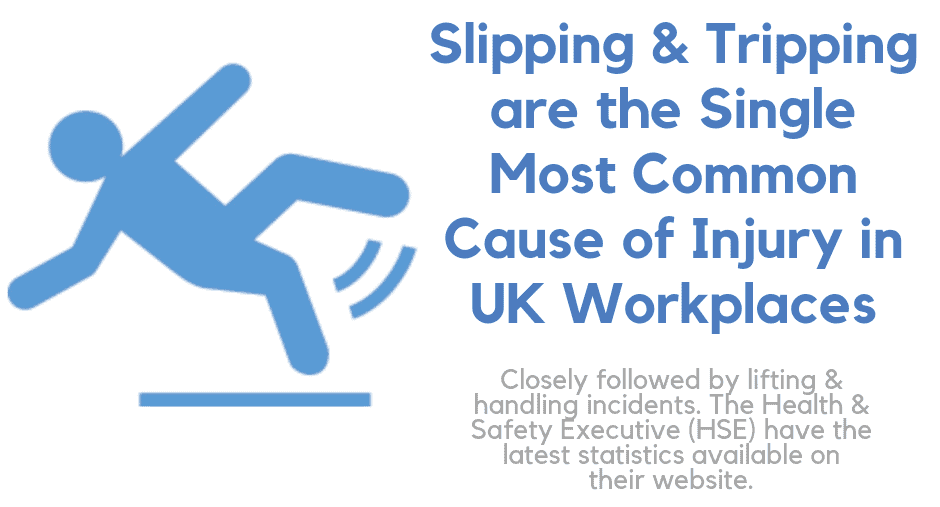 According to the Health and Safety Executive (HSE), there were 111,000 self-reported non-fatal injuries to workers caused by slips, trips and falls on level ground in the UK in 2017. (Source: HSE Report ‘Kinds of accident in Great Britain 2017′)

The Health and Safety at Work etc Act 1974 (also known as HSWA, HSW Act and HASAWA) is the main piece of legislation covering occupational health and safety in the UK. The Act states that it is the employer’s duty to protect the health, safety and welfare of their employees. This also applies to other people who might be affected by their business. Employers must do whatever is reasonably practicable to achieve this. This includes taking steps to control slips and trips.

Controlling slips and trips is not just about keeping walkways hazard clear. The type of footwear worn in the work environment is also very important. A non-safety shoe with very little or no tread can be prone to slipping on a variety of surfaces, thus increasing the risk of accidents and incidents.

You may have noticed slip-resistance ratings on your footwear. The following chart details the slip resistance ratings for industrial PPE footwear in Europe EN ISO 13287. This includes the testing conditions and the minimum requirements. 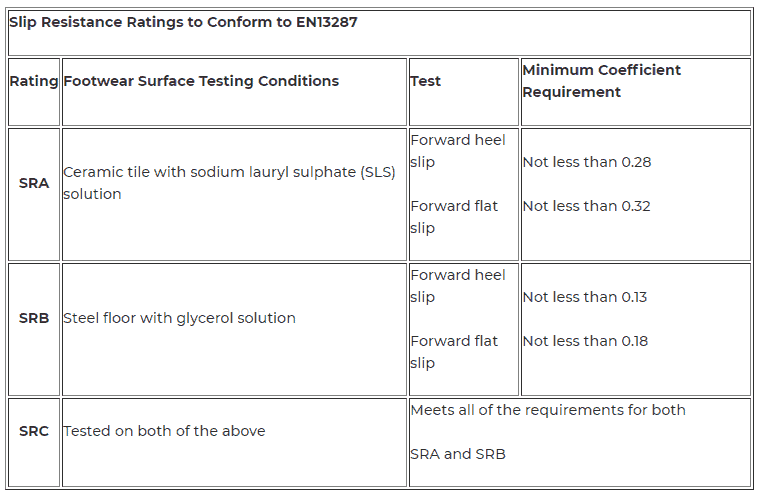 SRB rated slip-resistance footwear styles are tested on a steel floor surface with a glycerol solution.

SRC rated slip-resistance footwear styles are a combination of both SRA and SRB. SRC rated soles tested on a ceramic tile surface with a sodium lauryl sulphate (SLS) solution, as well as on a steel floor surface with a glycerol solution.

Each rating must meet the above minimum coefficient requirements in order to be awarded the rating.

What Does the Coefficient of Friction Mean? 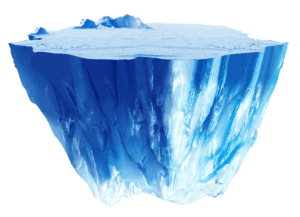 Does Slip Resistance Work on all Surfaces?

Slip-resistant shoes offer greater traction in slippery conditions, on a variety of floor surfaces. Where liquid such as oil has been spilt, the grip will always be better than that of shoes which don’t have an anti-slip sole. However, caution must still be taken with liquid on any surface. Extreme conditions such as ice can still pose a risk. In these conditions, additional products aimed at gripping in snow and ice can be fitted over your shoes to gain traction.

Are All Anti-slip Shoes Equal?

Sole materials, tread designs and patterns are all elements that differ from shoe to shoe. Although each shoe style is tested before being awarded their slip-resistance rating, the coefficiency of adhesion scores can differ from style to style. So you can get footwear rated with SRC, that may have a better coefficiency of friction score than another style with the same SRC rating.

Are All PLS Shoes Anti-slip?

Yes! The majority of our shoes have an SRC rating – highest possible level. The small amount that has an SRA rating are clearly marked. We do not sell any professional shoes that do not have a slip-resistance rating at all.

We also supply product specification sheets that include the coefficient friction test results for each style. The product data sheets also hold useful information on a variety of tested areas such as impact resistance

Would you like to know about professional footwear more before making a choice? You may find one of the following blog articles useful:

Do you need Anti-static or ESD? Click here to read our ‘Anti-static & ESD Explained’ blog to find out more.

Find us on social media here:

Our Feet Are Getting Bigger

Item added to your cart

Continue Shopping Go To The Cart